I made a gif

The new brief for illustrators is making gif animations of a list of things, such as 'How gravity works'.
Having never made a gif before, I thought I'd try teach myself with an idea I had straight away.

That'll be the day... pilgrim

We had to make posters for films we picked out of a hat (actually more of a plastic pot). However these posters had to be made from paper and use of lighting, not digitally.

So I ended up with The Searchers, an old western with John Wayne, that guy I've only heard about from Family Guy jokes if I'm honest. Regardless I watched the film and after putting down some ideas I decided a sort of desert scene would work best. With horsemen, in this vast landscape in which they need to search.

My initial idea was this. 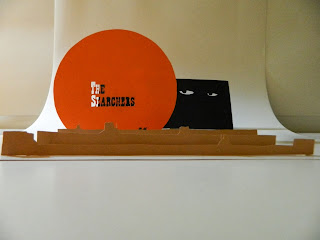 However I decided to go bigger and change it slightly because I wanted to project the text and the eyes onto the landscape/sky of the scene. 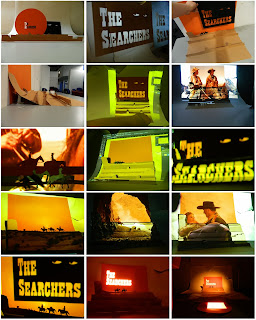 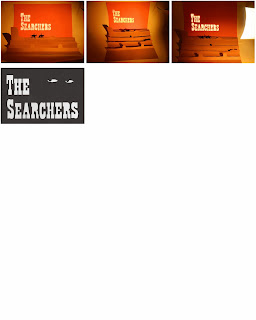 After cutting out a bigger scene and a stencil of the text and eyes I experimented with light and projecting the film onto the paper scenery. Below are cropped photos and mock-ups of the final poster. 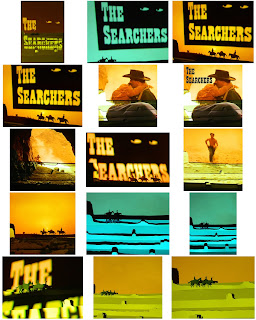 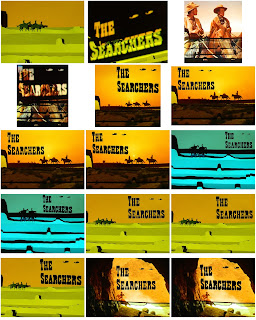 I liked the film projected onto my paper scenery but I felt like it wasn't my work and that none of what I'd done over the 2 weeks showed. So I kept it more true to my original ideas and projected light through my stencil with additional orange filtered lighting.

Here's my final outcome for the poster. 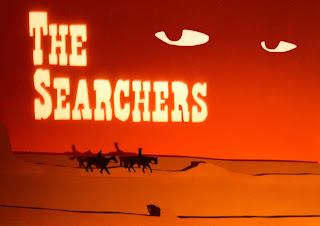 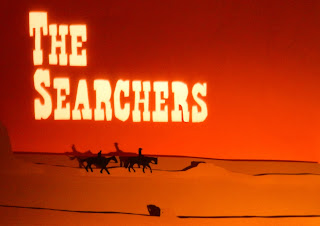 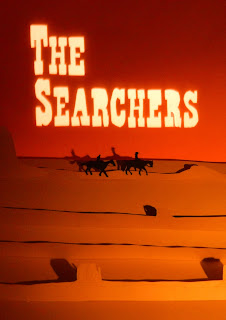 Posted by Edwin Burrow at 05:53 No comments: